This is not my image. I just love Victor Hugo quotes to go with Mr. Richard’s story.

What makes a man the kind who would pull the trigger and take another man’s life?  I’m sure there are a lot of ways to answer that question but Mr. Richard’s is a smudgy portrait of a boy with a rocky home life growing up in the Ozark Mountains of northern Arkansas.  It’s not an excuse for murder but it might shed some light on the situation.

Richard’s childhood was not something that he really wanted to talk about when we got together nearly a month ago.  His description was brief but painted a picture of violence, hate, and frustration.  Richard said that he didn’t really know right from wrong.  Sure he was taught how to behave in school and church but while at home there was still no defined way to distinguish right from wrong. His family built churches and they were the type of family that attended services at the United Pentecostal church throughout the week and twice on Sunday.  Even still, Richard described his home life as being sick in thoughts, beliefs, and actions.

I know this kid.  When I was a teacher I had several students like this who sat in my classes throughout the years.  Every class has “that kid.”  You remember “that kid.”  Maybe you were “that kid.”  He or she was the one who was frequently tardy or absent or constantly in trouble talking back to the teacher or principal.  You know that kid.  He or she is the one who can’t sit still and just doesn’t know how to behave.  “That kid” usually comes from a tumultuous home life.  Even though I didn’t know Richard as a child, I think I can guess as to what he must have been like.

So what happens when you have a kid who grows up in a consistently horrible mess?  The kid grows up into an adult who does messy and horrible things.  Train a pit bull to be a killer and he will kill.  I know it doesn’t always happen this way but more often than not, I think it does.  That is, until/unless God grabs a hold of their life and transforms that smudgy portrait into a work of art which was the case with Mr. Richard.

When Mr. Richard was completing his life sentence in prison for the murder of his friend, the thought occurred to him that he may never hold a baby or hear the giggle of a child ever again.  He considered this as part of his penance for his crime.  Even after he repented of his actions and became a sincere Christian, Mr. Richard still could not imagine being on the outside watching children splash in the summer spray of sprinklers.

Flash forward to 2014 when my children nearly tackle the man to the ground with hugs of excitement at his every visit.  During his month and a half stay with us, our children grew very fond of Mr. Richard.  He was there in the background for a short period of their childhood.  Mr. Richard was there at my daughter’s birthday party hanging up balloons and helping with the piñata.  He carried my sleeping son to the car after a night of catching grasshoppers and watching fireworks and eating hot dogs on the Fourth of July.  There he was inflating plastic swimming pools and pulling out the sprinklers for the kids to enjoy on hot summer days.  Mr. Richard rolled through the lives of our children like a puffy cloud providing some unexpected shade on a hot summer day- he was there making their life more enjoyable even if they didn’t realize or appreciate it. 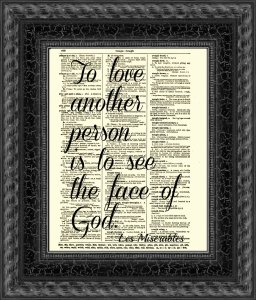 Needless to say the kids were sad to see him go the day that he was offered to be the groundskeeper of our church and to stay in the parsonage.  However, his new home did not keep Mr. Richard away.  Mr. Richard still came over nearly every day.  He was family.

His new home at the parsonage was one of many little blessings that came Mr. Richard’s way. Mr. Richard seemed to attract these kinds of generous miracles like magnets.  A friend  from church was able to provide a steady job for Mr. Richard.  You have never seen a man take more pride in his work than Mr. Richard.  He would wake up before the sun and head off on his bicycle for the 5 mile or so commute to work.  Despite the distance, his heart condition, and the exhausting Texas summer heat, Mr. Richard refused to accept rides to work from us.  He would even ride his bicycle for miles to make it to his doctor appointments.

One day, Mr. Richard pulled into our driveway with a car.  His car.  His boss had noticed that Richard would ride a bicycle to work and offered to finance a car for him!  Have you ever heard of such a thing?  That was the first time that I really realized that God had a clear hand on Mr. Richard’s life.  It seemed like God just loved to bless him.  I knew at that point that I would have to watch Mr. Richard closely because God just loved to do great things in his life.  What would he do next?

Well, the next best thing turned out to be that his parole was transferred to Arkansas ahead of schedule.  At long last, Mr. Richard would be united with his sweet fiancé, Debbie.  Mr. Richard and Debbie were introduced by Mr. Richard’s daughter in January of 2014.  By Valentine’s Day of the same year these two love birds had pledged their love for each other.  Almost a month ago I had the privilege of attending their beautiful wedding.  It was the event that inspired me to write this 4 part series.  There I was the day after their wedding sitting in Richard’s home with his newlywed bride at his side, marveling at the grace of God as they recounted the stories of the first time that they held hands and the all night phone conversations and daily bible studies that they did over the phone during the year that they were apart.  As I listened to Mr. Richard and Debbie blush their way through the telling of their relationship I realized that this whole story was an epic love poem.  It is a love story for the ages.  A man’s heart is hardened from years of pain and does the worst possible thing a human can do.  But God still desires him and puts people into his life to shine hope on the hardened man’s heart.  Man’s heart of stone is broken and replaced with a new, soft, and patient heart.  Man gives thanks.  Man is continuously blessed with generosity upon generosity, each little blessing like a bouquet  of roses declaring love for the beloved.

I think back to my first encounters with Mr. Richard which were clouded in fear and apprehension.  I had the opportunity to witness a part of his story and therefore was intrigued to know more.  And so, there I sat on his couch with the notepad and pen that I picked up from our hotel and scribbled down whatever I could all the while trying not to cry.  I am eternally grateful for Mr. Richard’s blessing to share some of his story and my hope is that in reading about his story others will be inspired to “lend a helping hand” a favorite saying of Mr. Richard’s.  This encounter has changed me as all good stories should change a person.  It makes me think of “that kid” who just doesn’t know how to behave in Wal-Mart or at church.  I think about that man I see sitting on a corner with a sign asking for help.  I see people crippled with drug addictions or with criminal records and I think to myself, what horrible things must have happened to this person to bring them to such a state and what will it take to bring hope back into their lives?

This little place that I write, this little corner of the internet is meant to tell of the stories of how my very old house gets renovated.  There are all kinds of people who are and will be a part of the renovating.  Richard’s story is an example to me that just like God has brought people into my life to help renovate my home, God also has people who come into my life who help renovate my heart. 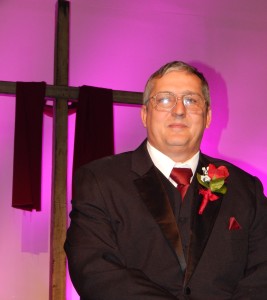